Cruising right along, I’m 15 weeks pregnant now. We’ve graduated to the OB and Justin has been able to see our babies in utero.

Next week, we have an ultrasound at which we were able to see sexes last time, so that’s a possibility. Justin and Isabelle think it’s a girl and a boy. Carter is ambivalent to the whole thing and won’t give a prediction. I kinda think they’re both girls, but I don’t know. Hoping for sweet little balls of health, regardless of their genitalia.

This pregnancy has been different, but also similar. I feel like I got bigger faster but at this point in the pregnancy have a smaller belly than last time. I’ve been continuing to work out during this pregnancy (though not very much because I’m so sleepy), so that has been interesting. I was always out of breath the first time and that is still persisting. Last night, I got up to use the bathroom and got some pains in my hips, uterus, groin, something to where I couldn’t really walk well. Today, that pain has been persisting, as well, which is odd. Nothing to involve the doctor in, just odd. I remember my pelvis separating last time and pains from that, but this doesn’t really feel the same. 🤷🏼‍♀️

The kids don’t really understand. Carter, as stated above, truly doesn’t care. Isabelle will sometimes lift up my shirt and kiss my belly, but it’s an afterthought. But, we’ve got 23 weeks left, so we’ll see how it evolves! I’m willing into existence that I’m going the full time this time so we’ll see how that goes.

At my OB appointment, we talked about the type of tubal ligation I’d do if I ended up having a C-Section. I can still transfer my last embryo with that done, so I would make the decision to do it if I had a C-Section. My doctor is very doctor-y, so she thinks it’s batshit to try a VBAC. I realize there’s a VERY low probability of the babes being in the right positions, but I’ll keep low expectations and be happy either way. I told her to calm down and we’d cross that bridge when we got to it 😉 I’m sure she loved that.

All else is normal. Trying to keep all the plates balanced as they keep crashing to the ground, but thankful to be growing my two littlest babes. 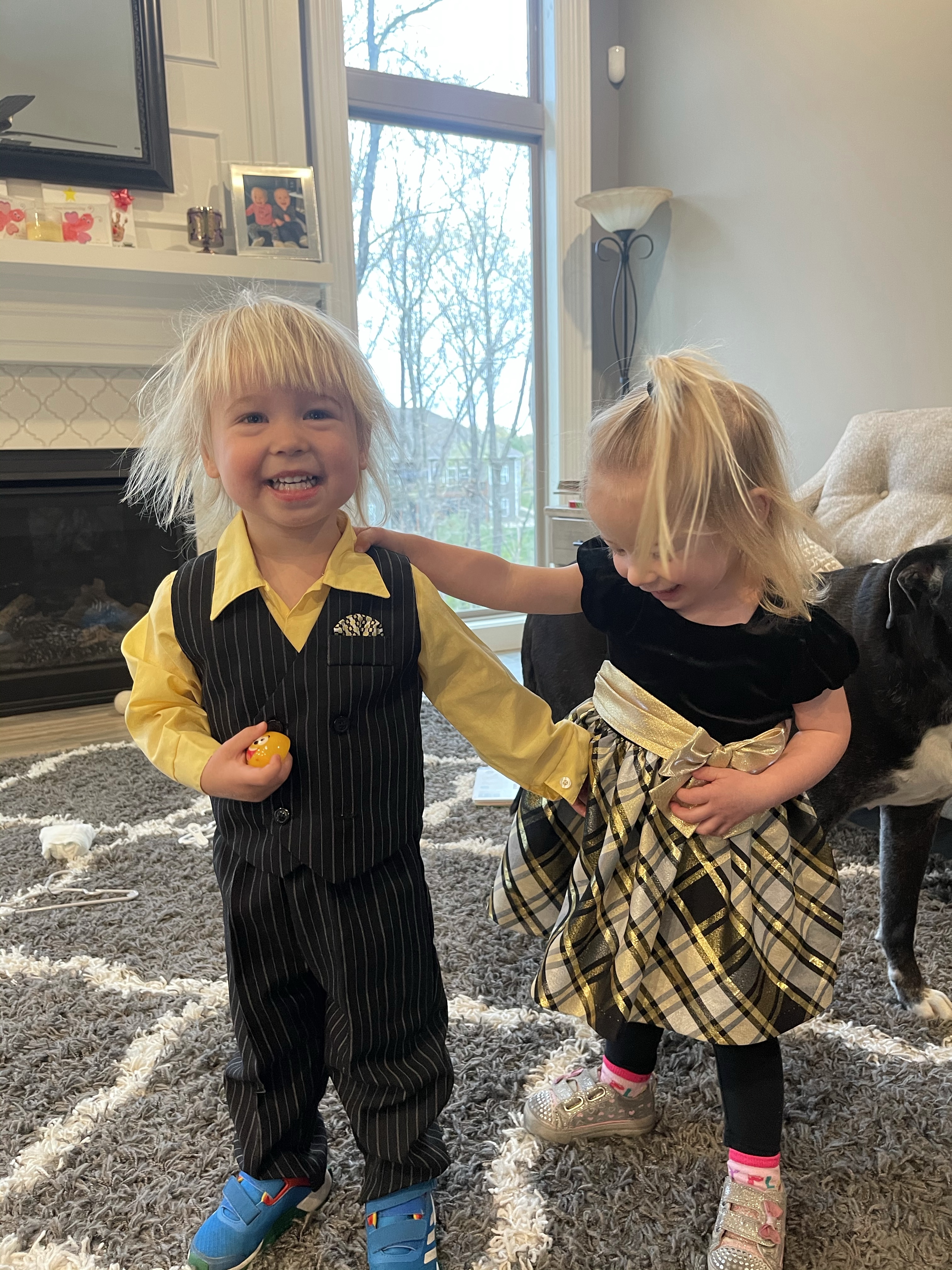