It’s day 4 and in 24 hours, I will be able to check on my follicles to see how things are going! I’ve had some questions recently about what you can or should do during this time. My RE gave me a fairly sane list.

Since then, just like I did previously, I’ve been researching what to do and what not to do and it’s crazy. Some things appear to be fact based while others are superstition (eating McDonald’s fries after ET). Anyway, per usual, google is a crazy rabbit hole, so I had to stop.

The one thing that someone said that I suppose goes with the “avoid any stress” was to not make plans. I have a moderate FOMO (fear of missing out) problem. It’s getting better in my older age but I used to think that people would be planning a coup against me if I wasn’t there. I don’t know if that’s what I think now, but I enjoy being involved in things. So last night was the first time that I can remember that I turned down two invitations. We got invited to a basketball game and one of our dear friends was in town unexpectedly and wanted to have dinner. At about 5:20, I made a call that I couldn’t do either of these activities. These headaches are no joke!! Specifically, they make it hard to be engaging with other people. I’ve found that when I’m not super peppy, most people are somewhat disconcerted, so it makes it difficult to have interactions with headaches like this.

J went to dinner with the friend while I finished up at work what I could, then went home to my electric blanket.  Not to ramble, but if you don’t have an electric blanket, I highly recommend it.  You can preheat it so your bed is so nice when you get in.  Due to it being 2018, they have automatic shut-off so it’s not a fire hazard and you have two separate controls so your partner doesn’t have to be at the same temperature.

So, the headaches. At least this time I’ve remembered that they’re from the drugs and not the lack of caffeine. I’ve got it down to a half cup of coffee each day, so that’s an improvement. I think I’m going to switch to decaf to placebo myself and see if that works. The headaches are slightly debilitating, but I’m trying to remind myself that they’re indicative that the medicine is working and maybe giving me super powers! EGG WOMAN!!!!!!!!! AKA this woman: 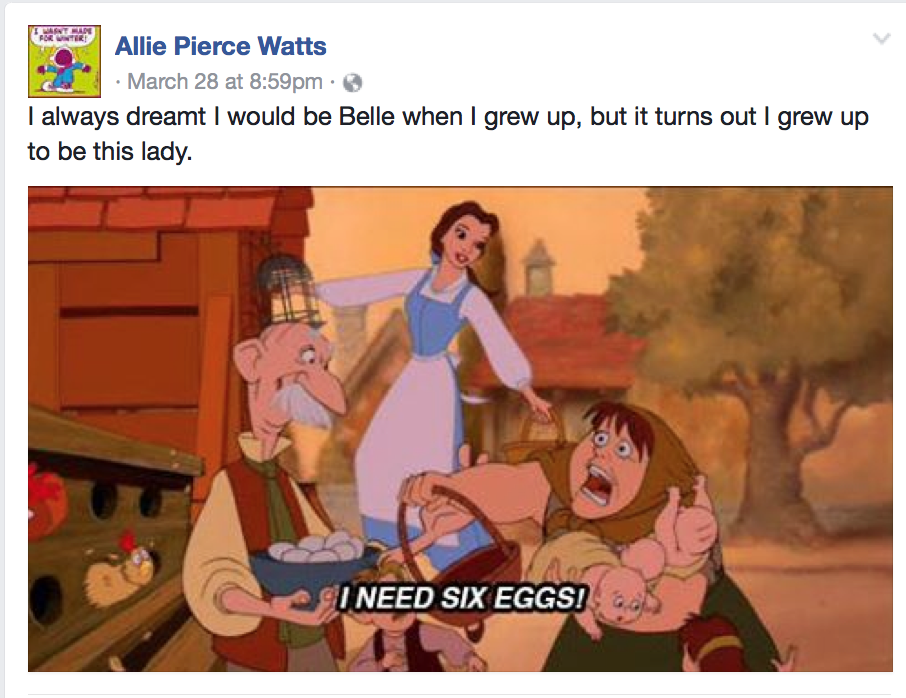 One thought on “FOMO, google, and headaches – Morning of Day 4”